Texans Already Have Access to the Highest Level of Eye Care 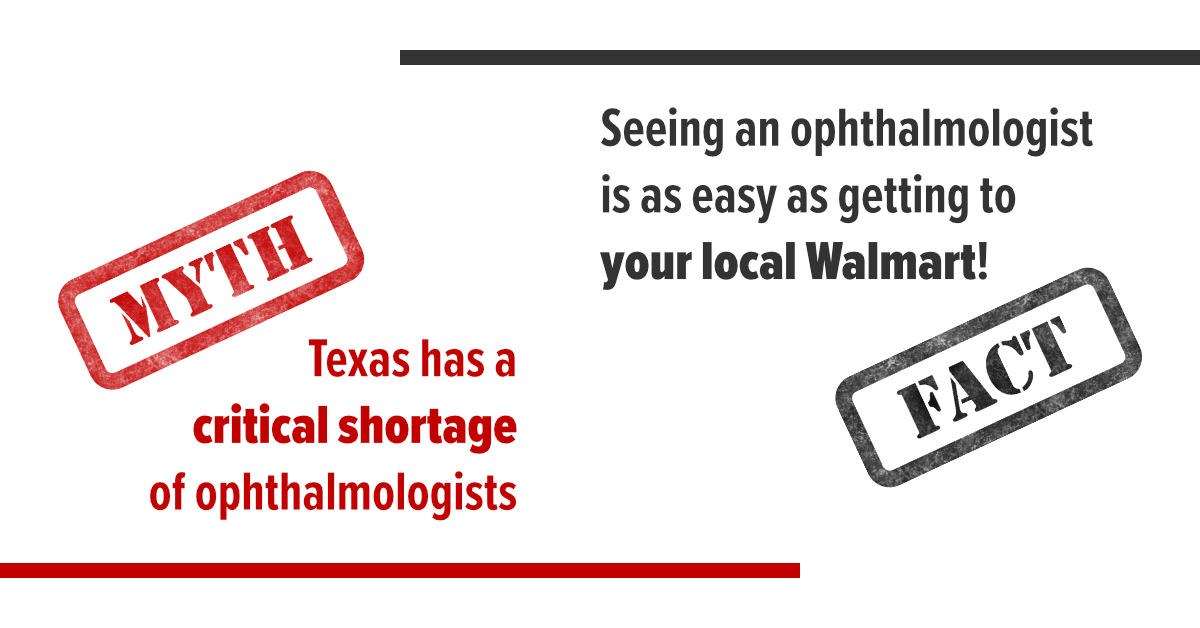 Proponents of HB 2340 state on the Focus Texas website that “Texas patients have the second worst access to eye care provided by doctors of Optometry in the nation…” However, the uncited statement fails to recognize the most important point for Texas patients: Texans have access to the clinicians with the highest level of eye training now – Ophthalmologists.

No reasonable person would jeopardize their vision to save a few miles. If a mid-level professional started performing cardiac surgery in a local community, would a patient stop traveling 30 minutes to use a cardiac surgeon? Texans in rural areas are not crying out to lower the standards of medical education. In fact, the only groups asking to lower the standards for medical and surgical training are organized optometrists.

Oklahoma enacted a surgical scope expansion in 1999, but recent maps show that optometrists have not flocked to set up practices in rural areas. They remain concentrated in the same urban areas as physicians because that is where the highest concentrations of patients are.

In November of 2017, the Journal of the American Medical Association Ophthalmology (JAMA) published an analysis to determine the estimated travel time (ETT) to the nearest Ophthalmologist office for persons residing in three states that have expanded the scope of practice for Optometrists: Oklahoma, Kentucky, and New Mexico. The study sought to quantify the ETT to the nearest ophthalmologist for Medicare beneficiaries who received surgical care from optometrists in those states between the years of 2008 and 2014.

JAMA concluded that more than 40 percent of the residents in the three states lived within an ETT of 10 minutes to an ophthalmologist’s office. Even amongst the small portion of the populations that resided in rural communities, most lived within an ETT of one hour of an ophthalmologist’s office. Furthermore, most of the patients in the study who underwent surgeries by optometrists did not live in rural communities. 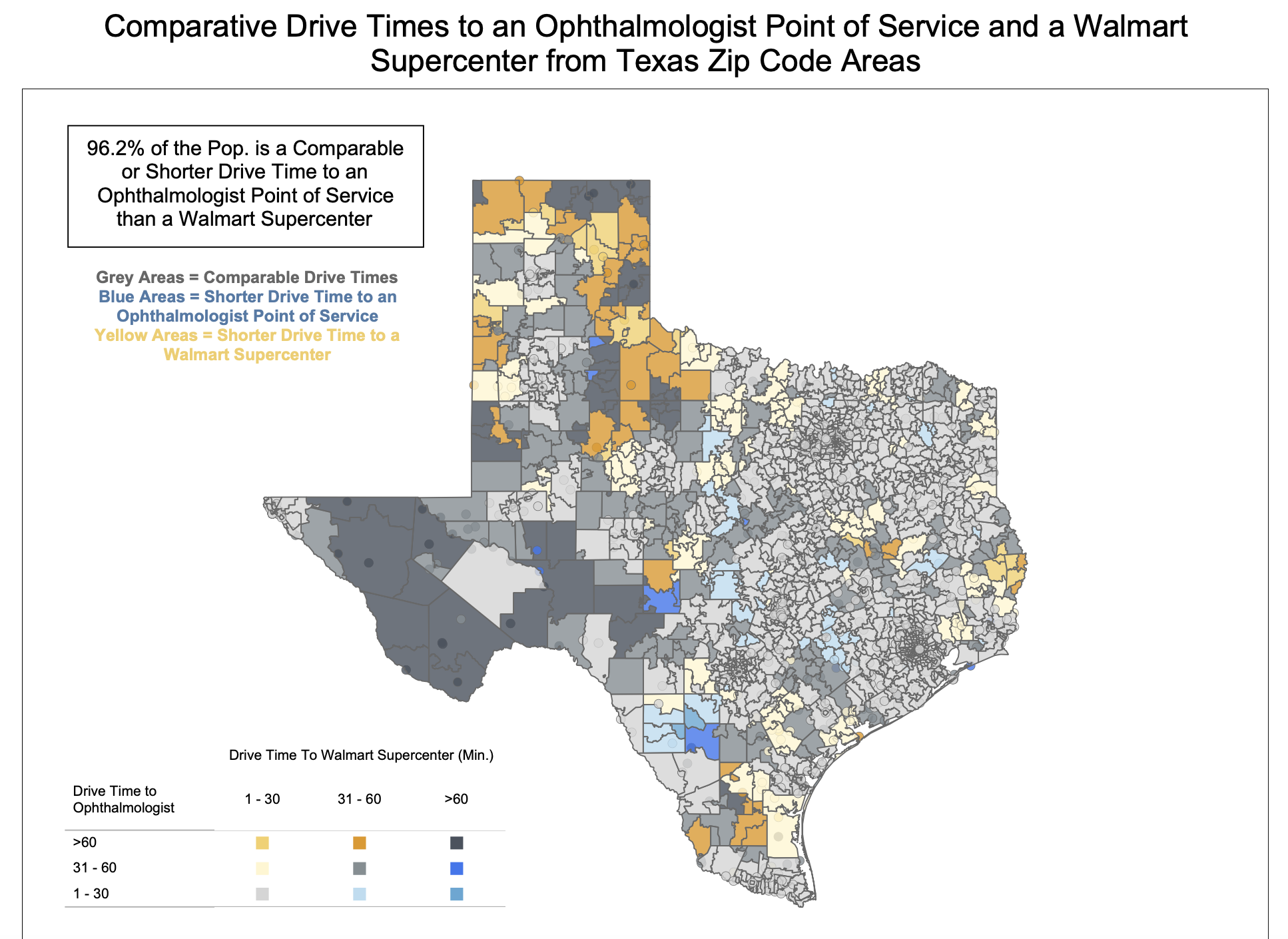